This is my blog, I call it, The Gospel According to jden, I write about my projects, obersvations about technology and the arts and cultural sector, with a specific focus on the Australian realm.

Subscribe to the newsletter to recieve an email once a week with new blog posts.

Filter the archive by: year, category, or by tag.

Recently I have been working on a new project and when it came to making the website I decided to move away from my regular web host and try out Amazon Web Service’s S3. Part of the project is hosting files for audience members to download, the links must be direct and cannot contain a redirect. They must also be served over https, another reason why I decided to go with S3.

I want to track the download counts of these files and look at analysts to investigate the usage of these files. S3 doesn’t provide this natively in the console and I can’t use Google Analytics because the files are direct. I noticed that S3 does have logging, but this creates unwieldy log files.

There are a number of companies that offer services to read these log files and provide useful analytics. One such company is S3Stat. I have been using them for a couple weeks so far, and they have executed perfectly. Works great from my iPad which I am constantly working on abroad. And the main use case that I wanted analytics for, S3Stat delivers. 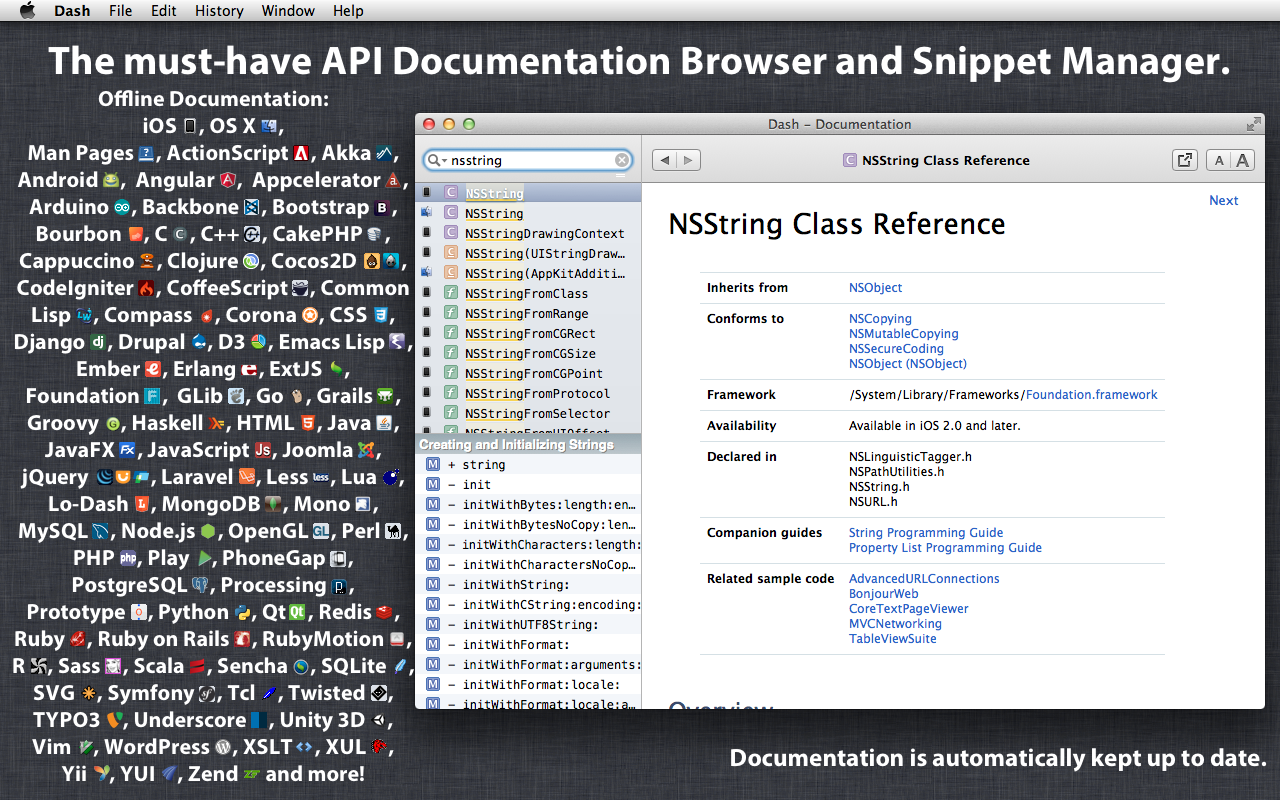 I’m currently studied a Honours Degree in High Performance Computational Physics, and the “computational” part means I need to be literate in programming languages along with a strong computer science background. In this semester I am learning C++, and Ive been looking for a bunch of developer tools, and I will post about them later. But I jsut wanted to give a massive shout out to Dash by Kapeli. Which is an API/language documentation browser, and its totally fucking awesome. I have to catch the train into university each day, and on the train I have no internet. So it can be hard at times to do any length of coding on the train, cause Im constantly looking up references online and code examples etc. So I was looking for an offline documentation for C++. What I found was better than I had ever imagined. Dash has support for pretty much every programming language you could think of. If your language is not included there are resources for generated docsets for them. Dash also intergrates into a bunch of different apps. One of them is Alfred. Which is fucking grea too and if you dont use it, you should be. I can call up Alfred and use the prefix, dash, and then search directly into Dash from Alfred. Fucking awesome right. Another great integration is with PopClip, so I can highlight a search term in my code and search Dash directly from my code. The searching ability of Dash are superb. It also has a Snippet Manager which I havent looked much into at the moment. But in short, Dash is awesome and you should get it right now, if you are doing anything with programming. 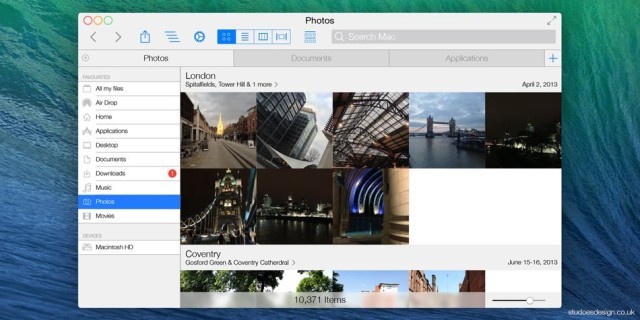 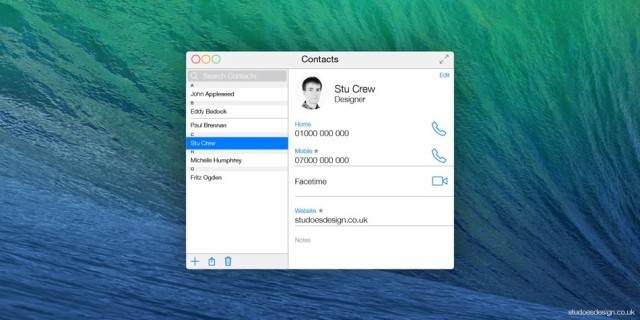 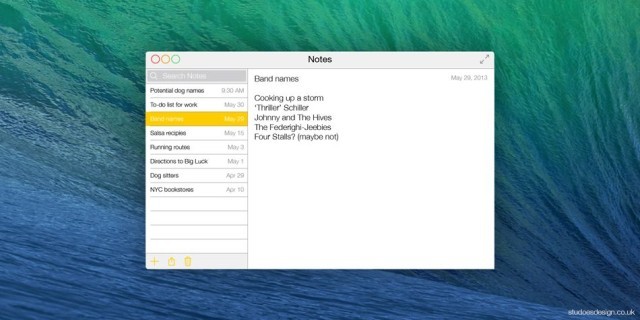 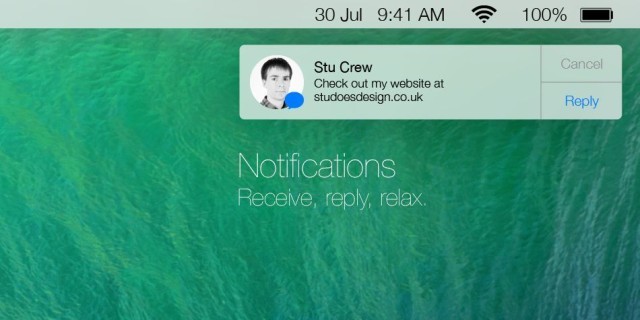 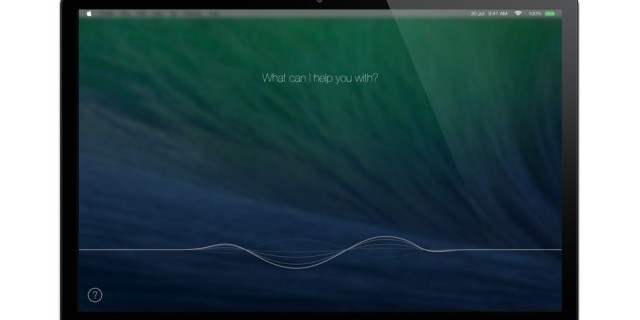 You’ve probably already seen these OS X “Ivericks” mockups around the web the last few days. But to be honest, it scares me a bit. Cause this mockup by _Stu Crew _follow all the iOS & guidelines and are a real look into what an iOS 7 inspired OS X will look like. And I dont think I like the change. I started off as a great fan of iOS 7 when it first got announced. I was in the camp that thought iOS needed a great design overhaul and needed to change to stay competitive. When iOS 7 came around I was happy with it, I loved the new design. But after using iOS 7, the design language just doesn’t add up for me. It feels nowhere near as polished and cohesive as iOS 6. Yes, its still in beta and of course its not polished. But in the 5 beta updates, it has not changed dramatically. It just does not feel right, its hard to explain.

In the next generation of OS X after Mavericks, I imagine much of the iOS 7 design language will be incorporated, in a manner very similar to the mock ups above. And I dont think its going to work. It will different and new and fresh, but after the novelty of that has worn off. The ‘brushed aluminum’ we have come accustomed to will be gone. Which is a pity, cause OS X is beautiful. All the apps follow the OS X design language to a tea, and it looks great and feels great and is so cohesive and works so well. I dont want to lose that. How ugly is it going to look when apps are transitioning to the new look and you have ‘brushed aluminum’ mixed in with modern white space.

I recently installed iOS 7 on my iPhone and iPad. I purchased a UDID developer registration for my iPhone. But with the release of iOS 7 Beta 2 which came with a release for the iPad, I wanted it, but didnt want to pay another 10$ for a UDID registration. So heres how.

It worked for me with my iPad which is has not been registered to a Developers account. I dont know why this sequence of events allows non-developers to install iOS 7 but it does. Do note though that it might suddenly change and you wont be able to do this. Or it might fail for you for some reason. In that case jsut click update normally and it will reinstall the latest public release. Or if you really want iOS 7 go pay someone 10$ for them to register your UDID if you want to be safe.

I still dont understand the iPad

Now I am a techie and Apple fanboy. But I dont find the iPad useful at all. Except for maybe browsing a little web and RSS feeds in the morning. And games.

But as a work device it sucks.

As a school text book it sucks.

My Spotlight has recently been reindexing on each boot, and when you have a MacBook Pro indexing cuts the battery in half when out and about, not to mention the fan noise and heat as a result. I searched for some solutions online, I’ve done a bunch of them like; reindexing via Terminal and 3rd Party Apps, reindexing from System Preferences, turning Spotlight off/on in Terminal and more.

Previous Spotlight problems I’ve had have been solved by turing off Spotlight in Terminal, rebooting, then turning it back on. If you want to try this use this code.

sudo mdutil -a -i off

How to upgrade all songs to 256kbps AAC with iTunes Match

iTunes Match was recently released to international users. I quickly subscribed. iTunes Match allows you to upgrade any songs you have ripped from CDs, downloaded else where to the versions from the iTunes Music Store in 256kbps AAC (though I would rather 320kbps). Here is how to upgrade all the songs that are less than 256kbps in bulk, rather than individually.

Once all the songs are downloaded, you can enjoy the extra kilobits per second.

_ Bonus Tip: Before buying iTunes Match use a tool such as iTSfvor TuneUp to ensure all your tracks have appropriate meta data, too save your self uploading them._

Fix "This iPhone cannot be used because the Apple Mobile Device Service is not started."

The other day I was listening to my iPhone, and realised a new song that I downloaded on my PC had not synced over. So I tried to manually sync it with the USB cable as aposed to the Wifi Syncing. Only to be greated to this message.

This [device] cannot be used because the Apple Mobile Device Service is not started.

So after some snooping I found a solution. [For Windows 7]

I was syncing some files from my PC to my Mac with Dropbox, but they never arrived at my Mac. I got a Cant Sync File(s): Permission Denied error. Heres how I fixed it.

Write these lines in, one at a time, return key in-between.

As long as I can remember every time I opened up iTunes it would ask me to allow it permissions for my firewall. I have been meaning to check this out and find out why, but I just simply have had not gotten around to it. Then it started to happen to my Dropbox. At this point I decided to delve further.

After some Googling I found out that probably it was not signed properly and that the firewall did not see it as a trusted program, when clearly it is, Apple made it of course.

So do a check for this, fire up Terminal.app and write this command.

How to increase you Tumblr SEO

Tumblr does not have very good SEO built in, compared to blog sites like Wordpress and Blogger. But you do have the option to edit the HTML, so we can increase our search rank with a bit of smart coding, and good habits.

How to get 18.25 GB of Dropbox storage for free

Dropbox is a really awesome service that allows you to sync files from computer to computer Have a look at the video.

As you can see Dropbox can be very handy. I have been using Dropbox for about a year now, and I find it very, very useful. Not only can you bin your USB but you can also use it to share software support files from computer to computer so you have the same settings no matte where you are.

Through my time with Dropbox I have found a way to get 18.25GB of storage for free. Of course you can get some of the plans which you get 50GB for $9.99 a month, but Im a student and cheap. :D

The Facebook Markup Langauge (FBML), works well with XHTML but fails when it comes to HTML5. Hopefully they’ll make this work with the final HTML5 standard.

On to the solution

Had this problem recently, was killing my battery-life. Came up with this method of finding out what the problem was, in my case ‘EXFM’.

If it doesn’t work do a fresh install of the latest STABLE Chrome.

Recently my native iPhone tethering via bluetooth wasn’t working. It would work tethering over usb. After a quick Google search I found out that this was a common problem. At the time I just downloaded MyWi 4 a jailbroken app. Which creates a Wifi hotspot. So instead of solving the problem, I just used that app.

But as of late, that app has been causing me some problems. It kept dropping out, even though I was connected. And made my iPhone /really/ hot. So I tried to use native tethering, to no avail. Google searched again found now answers. So after un-pairing, re-pairing, restarting, restoring etc. etc. I discovered this solution.

After finding this solution, I found it online. With a reason why it works. Apparently the tethering wouldn’t work because the computer wasn’t fetching the IP from the iPhone, and failing to establish connection. And deleting the ‘Bluetooth PAN’ and re-creating it, resets this ‘fail’, so it will work again.