A friend of mine works at the Adelaide Film Festival and linked me to a competition they are running for screenplay writers. I decided to enter.

This was helpful because it set a hard deadline for completion of the screenplay. A hard deadline I did not make, ☹️. The deadline was Wednesday the 3rd of May and at the time of finding out about the completion was about 2 weeks away. I still had two-acts to write, and was really getting bogged down with the Act II—spoiler alert, I still am. The reason I talk about this is because the day before it was due, I actually read the submission details and low and behold I only needed to submit the first 15-pages along with a synopsis and longline. And believe it or not I have (over) 15-pages of screenplay.

Alas I needed to write a one-page synopsis, I have never written a synopsis in my entire life and naturally I left myself with 5-hours to write it. Furthermore, I needed to write a logline, this was a word that was new to me. Basically it is a one sentence overview of the screenplay—the premise. Screen Australia has a really nice guide to help you write a synopsis and various other overviews of your screenplay. I had to a one-page synopsis, at first I was afraid I wouldn’t be able to fill up an entire page, but as these things go I had about 3-pages I needed to little down to one. I won’t go into detail about actually writing it all, it’s not very exciting at all, but I did find the process useful and it got rid of some of my writers block.

Am I super impressed with my synopsis? No. Am I super impressed with my logline? Not really. But I had a deadline and I wrote (day and night) like I’m running out of time (because I was) and submitted it. Now before I could even submit I had to become a member of the Australian Writers’ Guild who run the competition in partnership with the Adelaide Film Festival. I should probably give the name of the completion it is the INSITE Award billed as,

Established to unearth unproduced feature film screenwriting talent, the Award is presented to the writer of a screenplay which has not yet secured a producer or funding. INSITE’s proven formula will see the 2017 winner meeting industry directors and producers with a view to moving the project forward and onto the screen.

The winner of INSITE will receive:

I already live in Adelaide, so I don’t get the flights ☹️.

I joined the AWG (I am member 17422 #baller) as a student which meant my joining fee was waived and my annual fee is reduced to $85. Upon entering the completion I had to pay an entry fee of $50 also, it was quite the costly endeavour. Nevertheless I am now entered I should probably finish the rest of the screenplay just incase they like it and I need to submit the the full thing.

In preparation for entering I also went through the first 15-pages and made some notes and adjustments. I sat myself down at my favourite coffeeshop (Cafe Bang Bang) and entered a new state of hipster as I edited my screenplay inside a coffee shop. I had my iPad Pro and Apple Pencil out ready to make notes, which as a side note: was quite enjoyable. 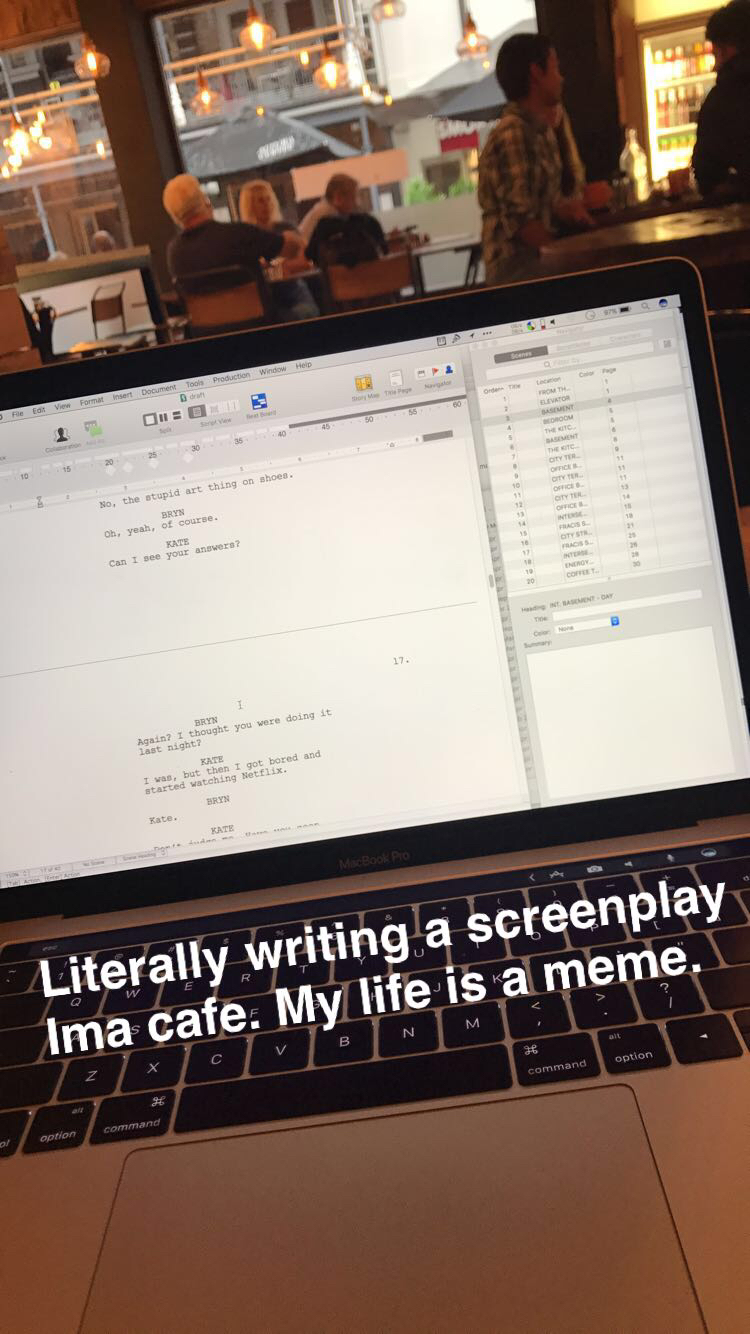 As you can see I can’t even spell properly.

Small shoutout to PDFExpert which I used to write all over my pdf. Also, please admire my penmanship. 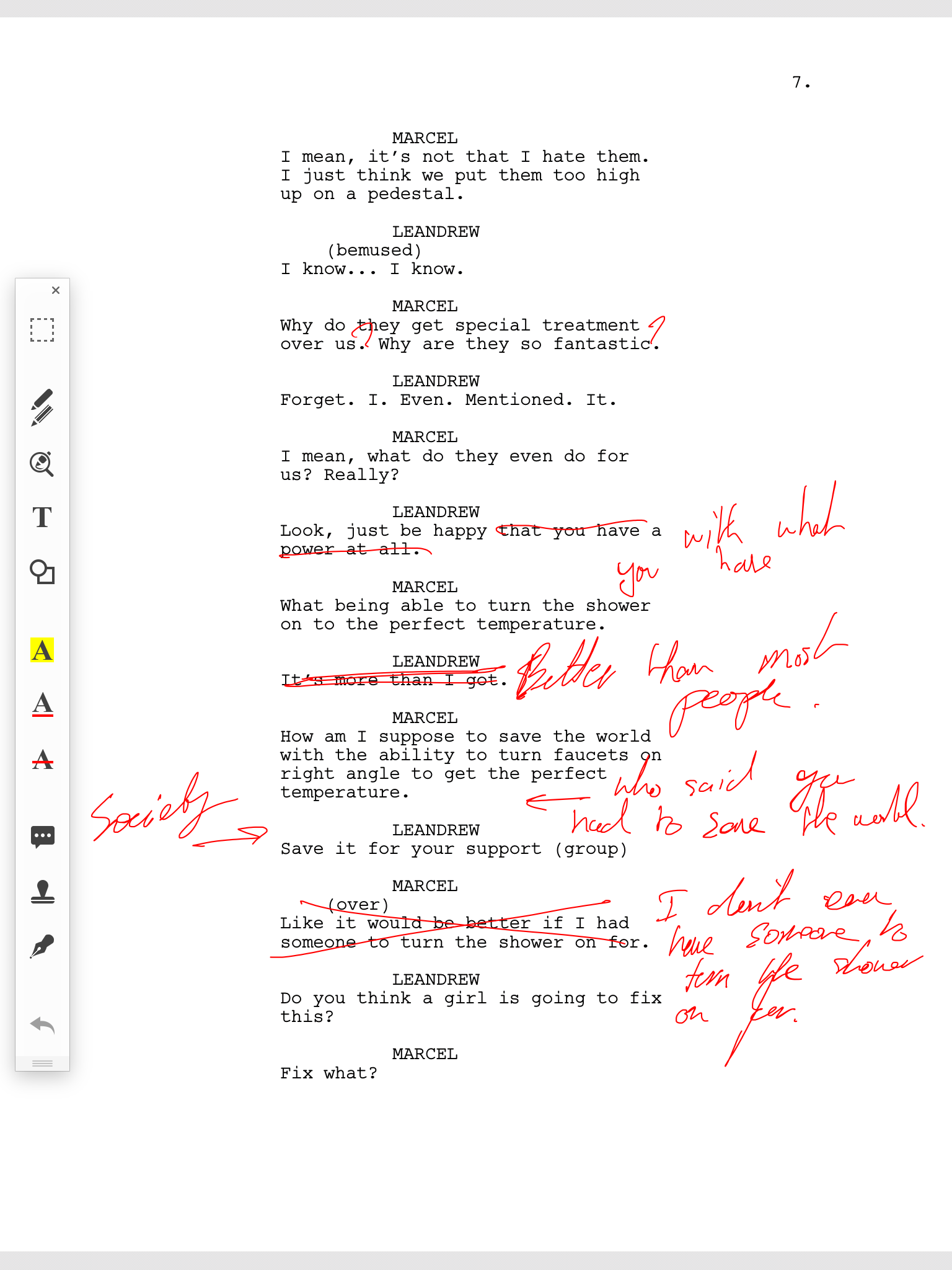 If you would like to you can read my 15-pages here and download my synopsis here. There are some other competitions I may enter, and I will keep you updated if I do.