Most tortured souls spend the day-time pretending to be a starving artist and the on prowl for grants and other large sums of money to fulfil their creative vision that no one else wants to pay for. 11-months out of the year this is me. So why did I turn down a grant of $2000?

I live in the-city-I’m-beginning-not-to-hate of Adelaide in Australia, we are a small microcosm of artistic endeavours and other fun things. Once such organisation which strives to bring “streets and public spaces to life through a series of activations, events and projects” is Splash Adelaide. So you can imagine my surprise when they gave me $2000 to put on an event. I had emailed them at 11:56 PM — for a 12:00 AM deadline — a hastily written, rorted with spelling mistakes, and grammatically questionable proposal for a previously aborted event called MAGIC x WINE. They liked the idea, but didn’t like the wine part, aiming for something a little more PG-13. And so started the journey to today where I finally pulled out of the Splash Adelaide Winter season.

The red herring should have been the breaking down of the original vision when they wanted to get rid of the wine — and when the title consists of two elements and one of them being wine, its not a great place to start. I had a meeting with my frequent collaborator and we came up with some other ideas for the evening including — but not limited to: an infinity cube of mirrors, The Adelaide Festival of Magic, taking over a carpark for a magic show, a gala show and dinner, and some other ideas that I can’t surmise in a handful of words. 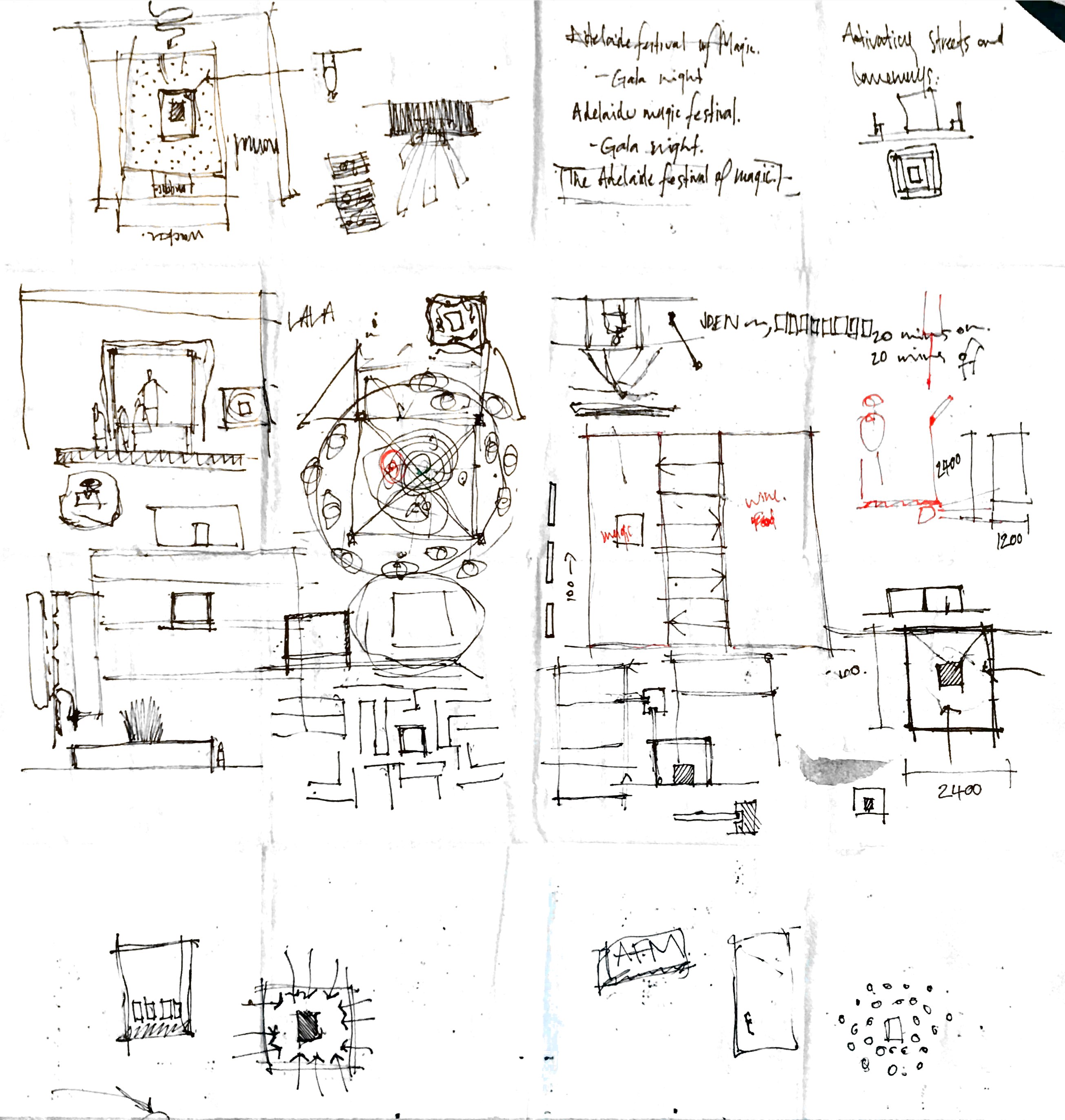 The literal back of the napkin sketches.

I email Splash Adelaide back with the revised ideas for the event I want to put on, at this stage quite expanded in its scope. And in the series of the most predicable events that could possibly ever happen, they email back with “this is expanded in its scope” and “may not be appropriate for your first large scale event”. Deflated and defeated I put this project on the back burner as I continued working (and wasting time) on other projects.

Fast forward to about three-weeks-ago when aforementioned collaborator sent me a bunch of photos from the Fringe earlier this year. And that night I edited some of the photos and put together a website for one of my shows The Expert at the Card Table — How to Cheat at Cards which you can see at the forever long URL www.TheExpertAtTheCardTable.show. Literally that night I got an email from Splash Adelaide “just checking in, haven’t heard from you in a while”, the stars aligned; I had just finished this website and it’s ready, I email it to them for yet another change in direction. At the same time I had secured a venue for a one-or-twice-a-week show that would run indefinitely and I would use the Splash Adelaide funds to get the ball rolling on this, and this would be my event.

Then it all fell apart. Splash Adelaide emailed back saying this new idea was too different to the original idea I got funded for and among other issues was not right for Splash Adelaide. It is now late-July and the Winter season runs until September, so I bit the bullet and withdrew from the Splash Adelaide Winter season. And this morning I got an email from the venue I had secured for my show saying that they are closing down “a quite immediate decision at the breakpoint of one tenancy and the beginning of another, dealing with a pretty gruesome landlord”.

So now I have no Splash Adelaide fund and the spin off show it helped create is dead in the water. As I write this I received yet another email. 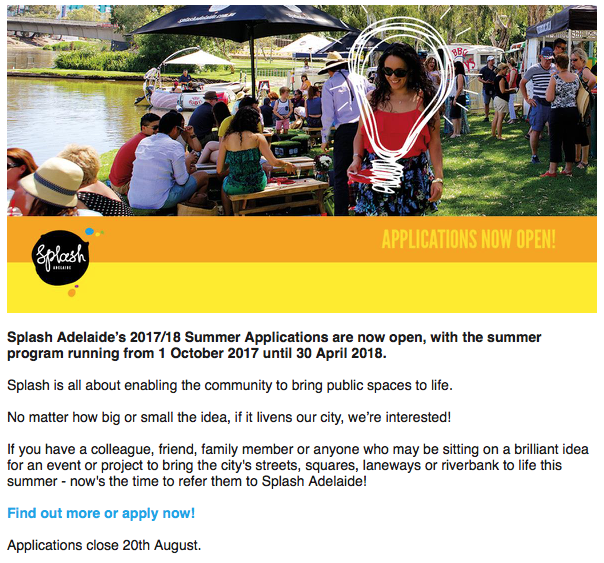 See you in another 6-months for another post-mortem?